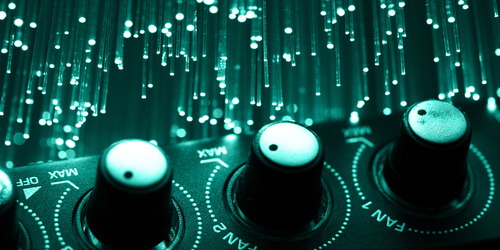 A cult classic from Manchester’s favourite brothers Liam and Noel Gallagher, She’s Electric made its entrance on the hugely successful second studio album (What’s The Story) Morning Glory? Oasis went on to become one of the biggest bands in the world and played a pivotal role in the Britpop movement during the 90s.

A song we’ve all heard at least once in our lives, Electric Avenue is a perhaps Eddy Grant’s most recognised hit. This funky and chunky classic rocked down to – number 2, in both the UK and US charts. Eddy is thought to have created the Caribbean influenced genre ‘Ringbang’ which draws influence from Calypso and Reggae music.

The eccentric six piece rock band Electric Six released Danger! High Voltage as a single in 2002, only to follow it up on their debut album Fire in 2003. Accompanied by a wacky video, a style very much connected with the group, Danger! High Voltage is probably Electric Six’s second most popular song after another track that pushed the boundaries – Gay Bar.

Vintage Australian punk rock band AC/DC already have electrical connotations in their name, not to mention their first international album High Voltage. AC/DC take their name from the electrical terms alternating and direct current. True to their name AC/DC have been putting on explosive shows since the early 70s right up to 2015, with the Black In Back tour being their most prominent.

Mixing modern rock and pop with classical overtones the Electric Light Orchestra (ELO) went from tepid to rip roaring success in the 70s. The Birmingham band distanced themselves from the gaggle of rock outfits in the 70s by introducing string instruments, playing with violins, cellos, double basses, horns and woodwinds to deliver a classical sound infused with rock.

Another Birmingham band from the late 70s Duran Duran made fame in the early ‘new romantics’ scene but soon dashed this image for a sharper and more sophisticated look. Duran Duran released Electric Barberella in the US (1997) followed later in the UK (1999). It’s thought that the song is a tribute to the science fiction film Barbarella, where it is said the band got its name from the mad scientist called Dr Durand Durand.

Legendary singer, songwriter and pianist Elton John produced the song Electricity for the cult classic film Billy Elliot. The song is played in the famous scene where Billy Elliot is auditioning for a place in the Royal Ballet School, London. The aptly titled song coincides with the way in which Billy dances and how it makes him feel.

The avant garde minimalistic electro duo Kraftwerk started work on Electric Cafe in 1986, however its most noticeable re-release came years after in 2009 where the title was renamed to Techno Pop. Kraftwerk were pioneers within the early electro scene and they revolutionised the way in which producers manipulated sounds and rhythms.

Sticking to the minimalistic synthesised sounds is Are “Friends” Electric? by British band Tubeway Army, fronted by star man Gary Numan. The actual song is famous for not having a ‘hook-line’ or main chorus, instead its vocals are spoken against a dark and distinct synthesised sound. Despite lacking a clear catchy chorus Are “Friends” Electric? topped the charts in the UK and is still a staple track in Gary Numan’s massive portfolio. It’s also thought the song inspired the theme tune for Channel 4’s comedy The IT Crowd.

World famous Irish rock band U2 released Electrical Storm in 2002 on their ‘The Best of 1990-2000’ album. Written by front man Bono, Electrical Storm is about two lovers fighting with one another and the electrical storm that engulfs them. The song reached number 1 in Canadian charts, however it peaked at number 5 in the UK charts.

We are sure there are many more songs and acts out there with electric in their name. Please use the comment box below to add your favourites!